RECOFTC -NCP
Women participation and representation in leadership was merely a formality during the initial days of community forestry practice in Dadeldhura.
Talk of the Forest 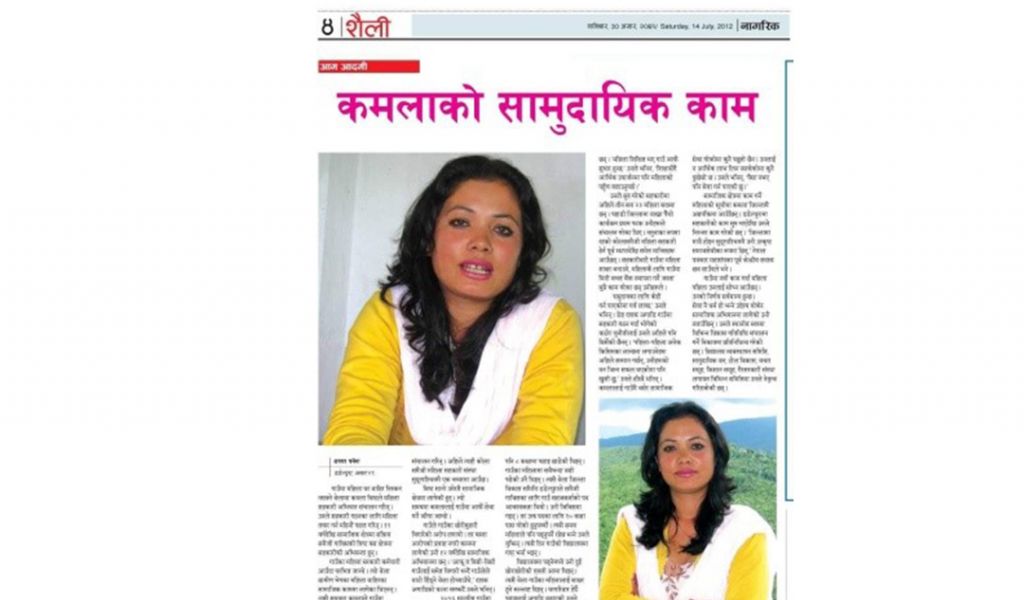 Situated in hilly region of Province 7, Dadeldhura district covers a total area of 1,538 Km2 having population of 1,42,094 in which, 66,556 are male and 75,538 female (CBS, 2011). Forest covers around 75% of the total area of the district. In addition, there is both altitudinal variations, from 157 to 2439 meters from the sea level, and diversity in climatic zones ranging from tropical to temperate in this district. With Dotyal as the dominant language, majority of the people (99.5%) follow Hinduism.  Brahmins, Chhetri, Kami, Sarki, and Luhar are the major cast groups in the district. Elitism and social discrimination is still prevalent in the region, and can also be witnessed in natural resource conservation and development practices.  The total literacy rate of the district is 42%, which is slightly below the national rate of 48.6%. Compared to other caste, the literacy rate among the lower caste, mainly Dalits, is less.

Dadeldhura has more than 20 years of its history of community forestry practice. The handover of forest patches to local communities as community forest started in 1994. As of 2017, about 450 community forests have already been handed over to the local user groups in Dadeldhura. During the early days of community forestry practice, women representation in the executive committees was merely a formality. However, currently about 49 CFUGs are led by women and there are around 511 women working as executive members of CFUGs in Dadeldhura. Besides, there has been certain improvement in regards to the income of the CFUGs in past few years. MoFSC (2016) reports the average income of CFUGs to be around NRs. 32,348. Most of the income generated is directed to capacity building and forest development activities.

Prior to the inception of community forestry, Dadeldhura witnessed deforestation and forest degradation mainly due to encroachment, soil erosion, forest fire, over grazing and conflicts for natural resource among communities. However, following the handover of the forests, local user groups focused on forest protection through demarcation of forest boundary. Additionally, the handover of community forest was facilitated following the establishment of FECOFUN district chapter in 1998. After 2000, the agenda of protection/conservation in community forests shifted to women empowerment, income generation and forest management which were mainly aimed at reducing the daily workload of women in collecting forest products. Despite efforts in minimizing deforestation and forest degradation across the district, illegal harvesting was fueling deforestation in and around Jogbuda area in addition to areas with massive road construction activities.

Women participation and representation in leadership was merely a formality during the initial days of community forestry practice in Dadeldhura. The case of Ms. Kamala Bista illustrates how things changes in the past few years. Ms Bista, a resident of Dadeldhura district, was associated with Praiban community forest user group since August 24, 1994. She was just 13 years old, yet married and attended class 8. Even at that age, she was nominated as a member of the CFUG executive committee by some CFUG leaders and the forest ranger. However, many perceived her nomination as merely a fulfillment of legal obligation in terms of women participation. Ms Bista was totally unaware of her roles and responsibilities. After 1 year of her marriage, she gave birth to a girl, following which she had to quit her school. Nevertheless, she had to carry out household chores in addition to serve her responsibilities as an executive committee member.

During the initial days of community forest establishment, there used to be monthly meetings and gatherings. Ms Bista did try her best to participate in all the meetings. These meetings and gatherings were very useful for us in terms of learning new things related to leadership and importance of women participation in community forestry. Despite her interest to participate in these meetings and other social functions, her family members were not really happy with her engagement and simply wanted her to focus on household chores. Nevertheless, her interest and motivation towards education and community forestry never died.

“Though I had given up my studies for my family, I really got inspired to get back to school. All the credit goes to the leadership values that I learnt during the CF meetings and discussions”, opines Kamala Bista.

After (re)joining the school after 9 years, Kamala completed her SLC in 2001. The following year was even encouraging for her. She joined Dadeldhura FECOFUN representing Pariban Community Forest User group in 2002. That provided an opportunity for Kamal to learn new things related to community forestry development, people participation, and women empowerment. She became an executive member of Dadeldhura FECOFUN in 2005 and started participating in district level trainings and workshops organized by FECOFUN, DFO, District Soil Conservation Office and Community Based Economic Development Project. During her tenure in the executive committee of FECOFUN, illegal felling and timber smuggling was rampant in Dadeldhura. Citing this, she felt the need for and led advocacy campaigns against illegal logging in and around Jogbuda. Moreover, she started coordinating with district forest office for the review and renewal of already expired operational plans and constitution of CFUGs across the district.

Among other issues, Reducing Emissions from Deforestation and Forest Degradation (REDD+) was an emerging agenda in the forestry sector in Nepal. Capacity building on REDD+ was being carried out across various districts including Dadeldhura. While participants were being selected for training opportunities, Kamala got the opportunity to take part in the REDD+ ToT training organized by RECFTC in 2009. Following her participation in the training, Kamala shared her experience among the FECOFUN and Pariban Community Forest Users group members. The training was important for her mainly in terms of enabling her and other members of the CFUG to identify the direct and underlying causes of deforestation forest degradation in the district. The training changed their perspective on what actually causes forest degradation. The reasons they were able to identify are: Irregular rainfall; Drought; Shifting of the Plant Flowering season;Reducing land productivity;Migration of wild animals; and wildlife and community conflict

Moreover, Kamala and other members of the CFUGs also learnt the impacts of climate change on their surroundings. They were able to identify areas that led to change in local climate. The following activities were identified as reasons for deforestation and forest degradation, among which some were linked to climate change.

Following her participation in the REDD+ TOT in 2009, Kamala also participated in the refresher training and national level workshops on community forestry.

“These trainings were an eye opener for us as we learnt on ways to better manage our forests effectively, which was totally ignored for many years in Dadeldhura” says Kamala Bista.

Among various issues that Kamala learnt out of the trainings and workshops she attended, role of forests in storing carbon and how that can allow forest user groups to earn credits was something new to her. In addition, rights of Indigenous Peoples and local communities over forest need for free and prior consent ahead of initiating any development projects and role of women in effective management of natural resources were some of other areas that Kamala learnt out of these events. She led several campaigns against the illicit felling of valuable timber trees including Shorea robusta in Jogbuda area inspite of the risk she had from forest smugglers.  She led the forest conservation campaigns and reported cases in the special court against the smugglers in 2012.

The context of community forestry has evolved in the past few decades. What once used to be merely about protection and conservation has changed and people have started talking about benefits from forests. Climate change adaptation and mitigation is one of the well talked about issue among CF users, local government representatives, teachers and students in Dadeldhura. Even the revised operational plans of CFUGs have stipulated mitigation and adaptation related activities. Besides, optimum utilization of forest products have equally gained priority among the CFUGs. The Constitution and operational plans have provisions to cut down dead, dying, and matured trees and promote the natural regenerations or plantation inside the forest. The plantation on private farmland and pasture land is also gaining popularity mainly aiming at reducing pressure on community forest.  Now, people are equally aware on the causes of forest fire and have adopted ways in minimizing it. For that, fire line construction has been carried out in community forests in and around Jogbuda area. Due to reforestation, water springs have been recharged in areas like Rupal, Lamkade, Babarkot and Ganeshpur. Women participation in forest conservation has significantly increased where about 511 women members have been serving the CFUGs as executive members in the CFUGs of Dadeldhura district. This number is significantly greater than (811%) the women numbers recorded in 2000 as only 63 women were in executive board (DFO 2018).

She is now committed to share the knowledge and aware people on ways to take benefits from forest. With that spirit, Kamala coordinated and organized training in Dadeldhura for the stakeholders, on climate change mitigation and adaptation in collaboration with DFO and FECOFUN.

In retrospect, CFUG meetings and gatherings were not regular in CFs around Jogbuda area. However, now with regular interactions and discussions, CFUGs have been holding meetings on a regular basis to primarily discuss on issue pertinent to forest management and utilization. Records show that Pariban CFUG alone has conducted 12 monthly meetings in 2017. Apart from hearing to the adaptation practices in the meetings, the users have applied them in their homes as well as farm land. In Dadeldhura, the farmers have been changing the cropping pattern and are using less water consuming cropping species in their farm land. Kamala Bista said that the women participation has been increasing in CFUGs and the environment has been conducive in promoting social inclusion in community forests.

There have been notable progresses among the CFUGs in the recent years. With regular efforts of CFUGs and other actros, more than 80% of the CFUGs have renewed their operational plan and constitution on time (DFO 2017). In addition, all the CFUGs in Dadeldhura have conducted their annual general assembly and got approval of their annual progress and new program plans in 2017. All 450 CFUGs have submitted their audit report to the DFO in the same year. The leadership is selected through democratic process and decisions are made during the monthly meetings. CFUGs have good linkage with the district forest office, local government and local NGOs. Himawanti and FECOFUN have been supporting to develop the institutional and leadership capacity of users.

Improvement in Leadership and Technical Capacity of Users

During the local government election in 2017, one of the CFUG members in Dadeldhura was elected as a ward chair. This has been important particularly from the perspective of bridging the gap between CF and local government. Forest management used to be a technical issue in the past. However, following the REDD+ orientation training to CFUG members, it is no more a technical thing for the people in Dadeldhura. Most notably, community forestry is gradually recognized as a common platform for natural resource conservation and women empowerment. Moreover, capacity building of women members in the region has had positive outcomes in the overall society. Recognizing her contribution, a national level newspaper called Nagarik Daliy (see the photo in box) has profiled Kamala as CF hero. The story was published on 14th July 2014, which publishes 2,00,000 copies (as well as online version) of the newspaper in Nepali language, every day. Besides Kamala, there are number of women in the society who have benefited through capacity building initiatives and are working for the betterment of their community. 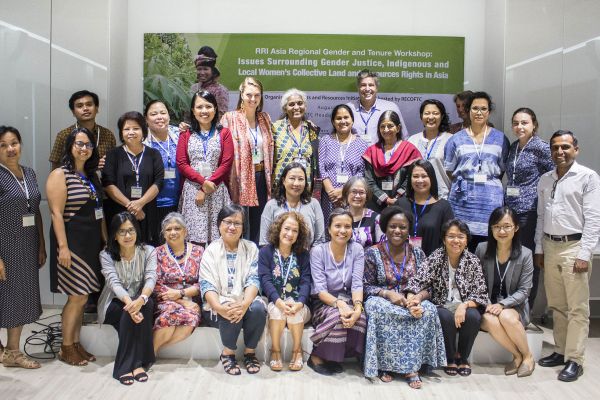 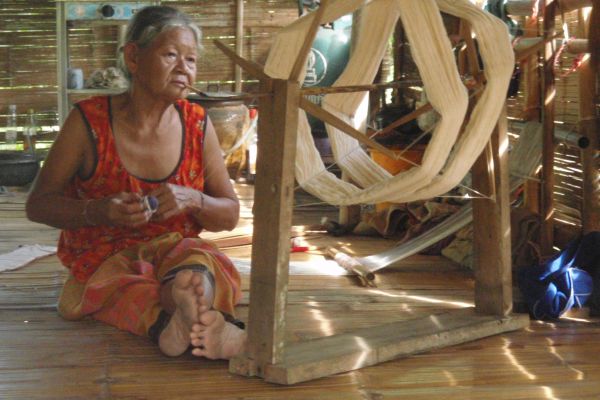 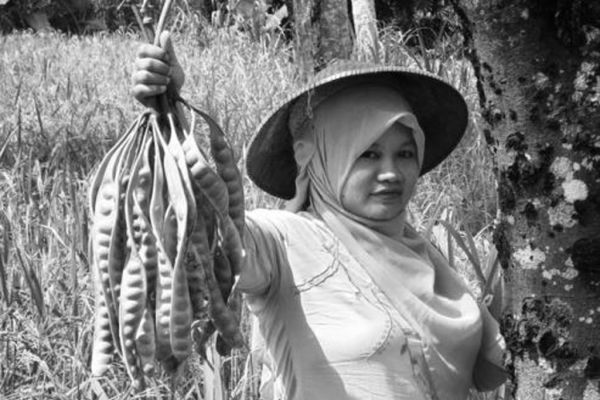 For my forest, for my people: Women preachers of Meru... 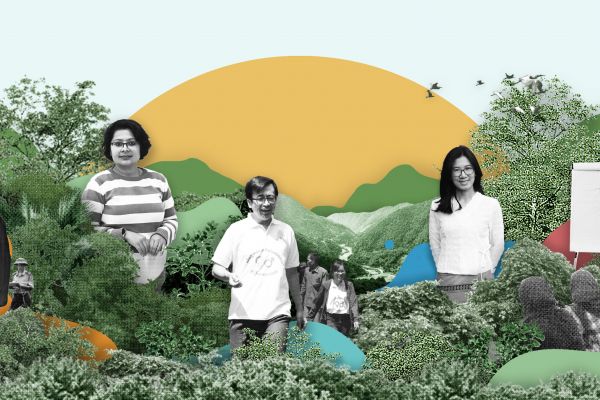 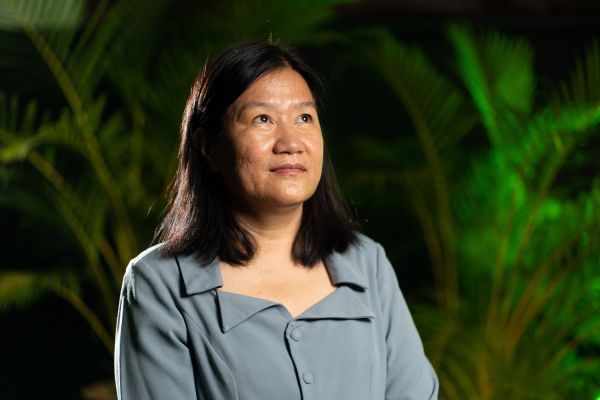 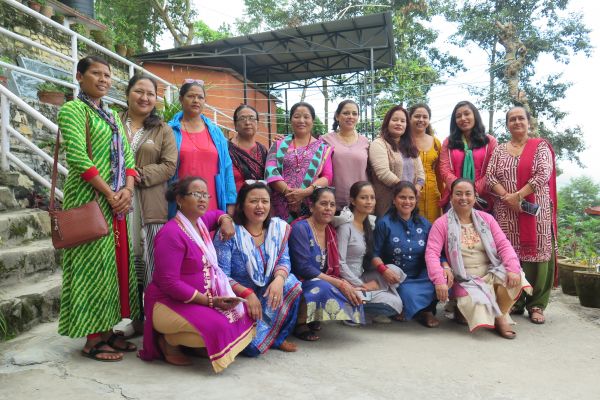 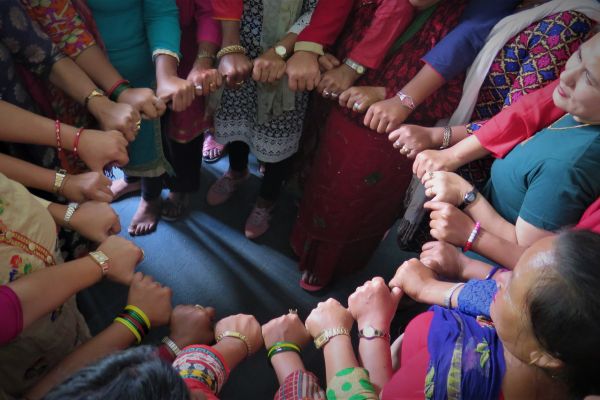 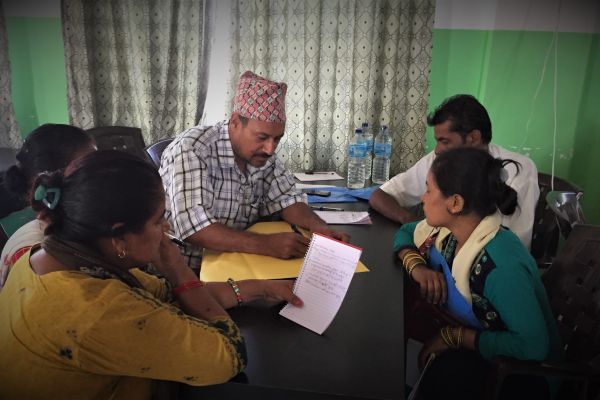 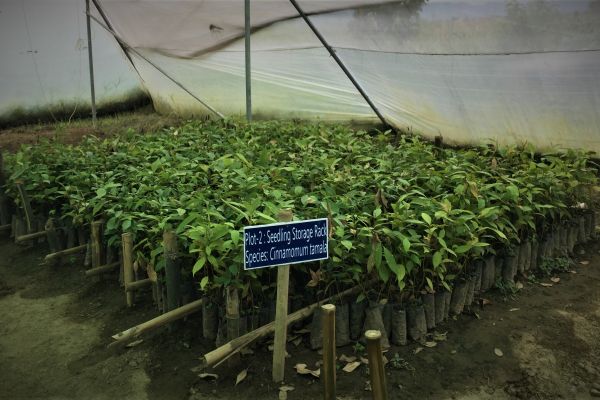