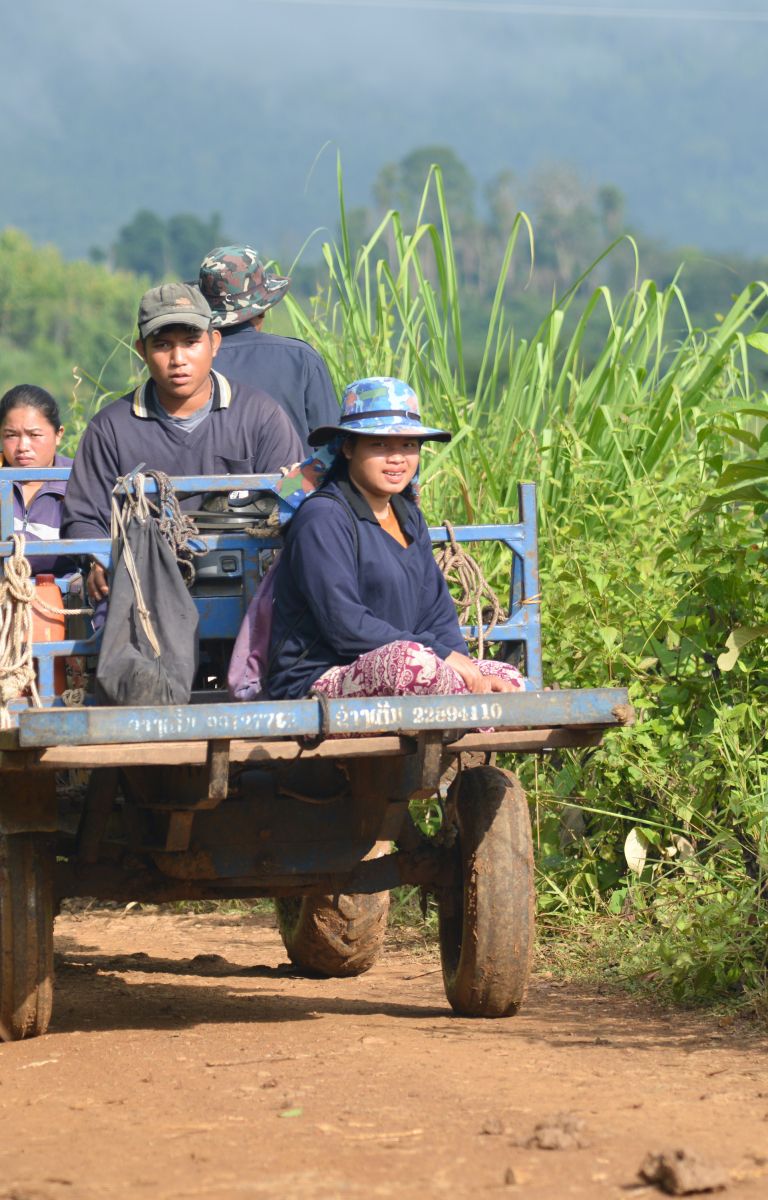 In villages across Southeast Asia, communities are finding new opportunities to improve their lives and protect the environment by managing the forests that surround them. Some are selling sustainably harvested timber. Others are attracting eco-tourists. In one village in Indonesian Borneo, people increased their combined average monthly income from 170 US dollars to more than 2,730 US dollars by selling crabs, honey and coconut-shell charcoal.

What is social forestry?
Social forestry is a broad term for approaches that empower communities to manage, protect and benefit from local forests. These approaches have different names in different places, for example: community forestry; village forestry; participatory forestry; community-based forest management; and people-centred forestry. Different approaches to social forestry vary in the extent to which they give communities rights to use and benefit from forest resources. Some allow communities only the right to use forest resources for subsistence, whereas others allow communities to set up enterprises and sell forest products including timber commercially.

These opportunities are coming their way through a concept called social forestry which recognizes that the people who depend on local forests are best placed to look after them, and that allowing communities to manage and use forest resources can have positive social, environmental and economic impacts. New research shows social forestry can reduce deforestation, boost incomes and settle conflicts over land use. Moreover, it can help countries make progress towards their goals on climate change, forest protection and sustainable development.

Over the past nine years, the Association of Southeast Asian Nations (ASEAN) and the Swiss Agency for Development and Cooperation have worked together to help ASEAN Member States develop, reform and implement social forestry policies. The results of this ASEAN-Swiss Partnership on Social Forestry and Climate Change (ASFCC) are remarkable.

Putting social forestry on the map

“The most visible and remarkable impact of our work is the increase in the number of hectares managed by communities through social forestry,” says Sirichai Saengcharnchai (Pop), Project Coordinator of ASFCC.

As a result of new laws and policies introduced by ASEAN Member States the social forestry area has more than doubled from 6.7 million to 13.8 million hectares, and rising. If Cambodia, Indonesia, Myanmar, Philippines, Thailand and Viet Nam reach the targets they have set, the total forest area managed by local communities will exceed 30 million hectares by 2030. That’s almost a 500 percent increase in only 20 years.

Recently revised laws in Myanmar and Lao PDR lay the foundations for using social forestry as a mechanism for community-based enterprises. Thailand’s new Community Forestry Act and new National Park Act also help by creating ways for forest-dependent people to live in forests. Previously this was illegal and a source of conflict.

The recently revised Community Forestry Instructions in Myanmar are paving the way for communities to not only access their resources, but also profit from them. A member of the Pao ethnic group harvests tea in Shan State, Myanmar, © RECOFTC 2019

The ASFCC project is reaching beyond Member States to influence the policies and structures of ASEAN. Initially, the ASFCC supported ASEAN’s informal learning network on social forestry. Then in 2016, ASEAN upgraded this network into a permanent body, the ASEAN Working Group on Social Forestry (AWG-SF). With continuing support from the ASFCC, the Working Group has transformed into a body capable of designing and implementing social forestry programmes and guidelines.

“The AWG-SF is now a statutory body with a mandate to develop and implement,” says Doris Capistrano, senior advisor to the ASFCC. 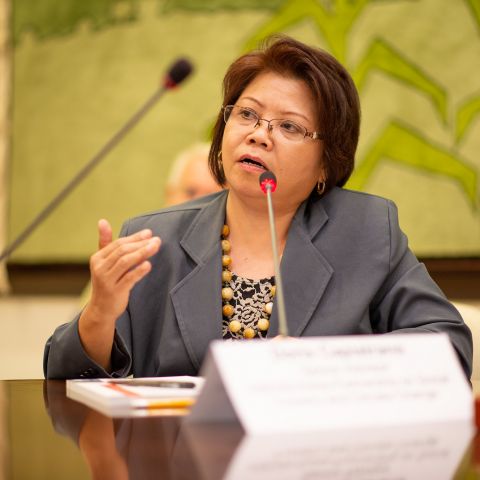 “In other words, it has teeth because it has a mandate to deliver. Through the ASFCC project we built a cadre of people who went on to write legislation and pilot new approaches in their countries.”

Ei Ei Swe Hlaing, now Assistant Director of Myanmar’s Forest Research Institute, was one of the national focal points who received training under the ASFCC.

The climate crisis propels change in methods and mindsets

The climate connection
The ASEAN Member States are all vulnerable to climate change because of their dependence on climate-sensitive agriculture and their large rural populations. As temperatures rise, extreme weather events such as droughts, floods, heatwaves and storms increase are becoming more intense. Countries will need to act to both adapt to the changes coming and to reduce the amount of climate-changing carbon in the atmosphere. Social forestry can help to achieve both these goals. By empowering communities to manage and protect forests, ASEAN Member States can support sustainable livelihoods, improve food security and draw carbon out of the atmosphere. Doing so can help them meet their national development goals as well as their international commitments under the Paris Agreement on Climate Change.

As well as increasing the area of land managed under social forestry, ASEAN Member States have also changed the way they view and implement social forestry. Ten years ago, the focus was on conservation, subsistence, conflict resolution and better governance and management of forests. Today, they recognize social forestry as a way to adapt to and mitigate climate change. They also place greater emphasis on gender equality and on economic development and commercialisation of forest resources.

Capistrano says the change in mindsets came in part because of the ASFCC. Its learning exchanges, seminars and researchers have shown government agencies and civil society organisations not only what social forestry can do but also what issues these groups need to consider to make social forestry a success.

“Tenure, investments, institutional capacity building, the role of women,” Capistrano reels off a list of topics, and says it is possible to trace their entry into policy documents and action plans.

Governments initially viewed social forestry as a means of pacifying people who wanted access to forest goods and services for subsistence, or as a cheap way to do conservation, says Capistrano. Now though, it is “seen as a multipurpose vehicle” for achieving climate change adaptation and mitigation and the Sustainable Development Goals.

“It has moved from being a poverty-mitigating program to one that is more transformative.”