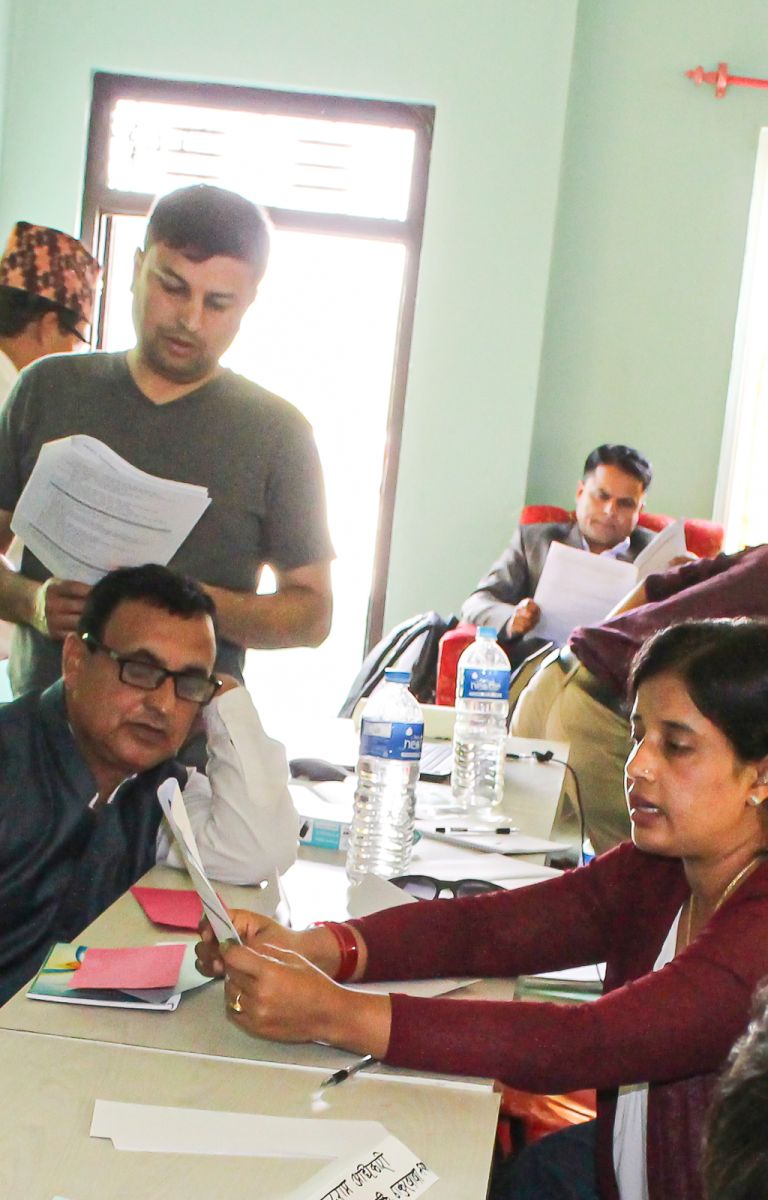 RECOFTC brings together community members and development agencies to create a long-term development plan in Nepal.

When major floods hit Nepal in 2017, the municipality of Thakurbaba in the southwest of the country was among the worst affected areas. The destruction prompted much reflection.

“We wondered whether haphazard infrastructure development, deforestation and changing human behaviours contributed to the scale of damage,” says Thakurbaba Mayor Ghan Narayan Shrestha. “We thought that having a master plan would help us to cope better in the future.”

With support from RECOFTC and other partners, the local government now has a long-term development plan that respects the environment and builds social cohesion. The results have inspired municipalities across the country to adopt the same approach.

In 2021, RECOFTC asked those involved in the process in Thakurbaba to reflect on their experiences.

After the floods, Shrestha’s municipal team had contacted Care Nepal, a non-profit organization working with a conservation program called Hariyo Ban, which was building ecological and community resilience to climate change.

“The municipality wanted a 20- to 25-year plan,” says Jagannath Joshi from Care Nepal. “We needed a partner that had a track record in forming long-term strategic plans.”

Care Nepal approached RECOFTC because of its experience in lobbying for municipal plans to include forests and community forestry. RECOFTC had already identified a key challenge: There was often conflict between the priorities of communities and local governments due to limited coordination and collaboration.

“We realized that if we just talked about forests, the local governments would not listen to us,” says Shambhu Dangal, director of RECOFTC Nepal. “We needed to talk about local development while focusing on forests.”

The municipality team, RECOFTC and the Hariyo Ban Program set to work in 2018.

“We only saw development in terms of infrastructure,” says Shyam Lal Tharu, an elected representative. “Like the rest of the community, the only thing that we wanted was a tarmac road.”

Stakeholders from all nine of the municipality’s electoral subunits worked for two weeks on a new definition of development: basic needs are fulfilled and people can live with self-respect and freedom.

“Some of us face difficulties with wildlife, some with floods and others with education,” says Bina Bhattarai, a community organizer and elected representative. “In the process of discussion, we ended up with a common understanding.”

The process enabled the community to take stock of its situation and plan accordingly. It included an assessment of the benefits that the forests provide, from watershed protection and disaster risk reduction to the products of forestry and community forestry. This allowed the community to embed their forests into the plan’s long-term goals and objectives.

With the plan in place, Thakurbaba has since been working on both infrastructure and social development while ensuring respect for the natural environment. In recognition of the municipality’s achievements, the provincial government has allocated extra funding to Thakurbaba to implement its plans.

RECOFTC has long looked at climate change adaptation through the lens of community forestry. 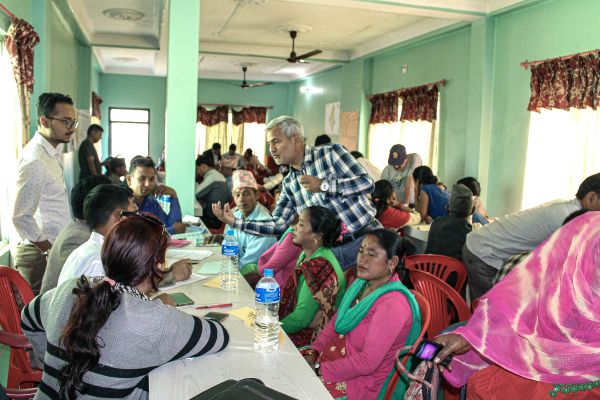 In 2021, the PANORAMA platform created by the International Union for Conservation of Nature and the German development agency GIZ invited RECOFTC to share a case study on community forestry as a nature-based solution to climate change.

Through ongoing activities, RECOFTC is encouraging more municipalities in Nepal to institutionalize broad participation in periodic development planning and to better integrate forests into their plans as climate change solutions.

In 2020, for example, RECOFTC produced guidelines for preparing development plans, based on the process undertaken in Thakurbaba. Today, the guidelines are being used by other municipalities across the country that face similar issues, such as how to increase the contribution of forestry to poverty reduction. This is helping to build a future in which people live equitably and sustainably in and beside healthy and resilient forests in Nepal.