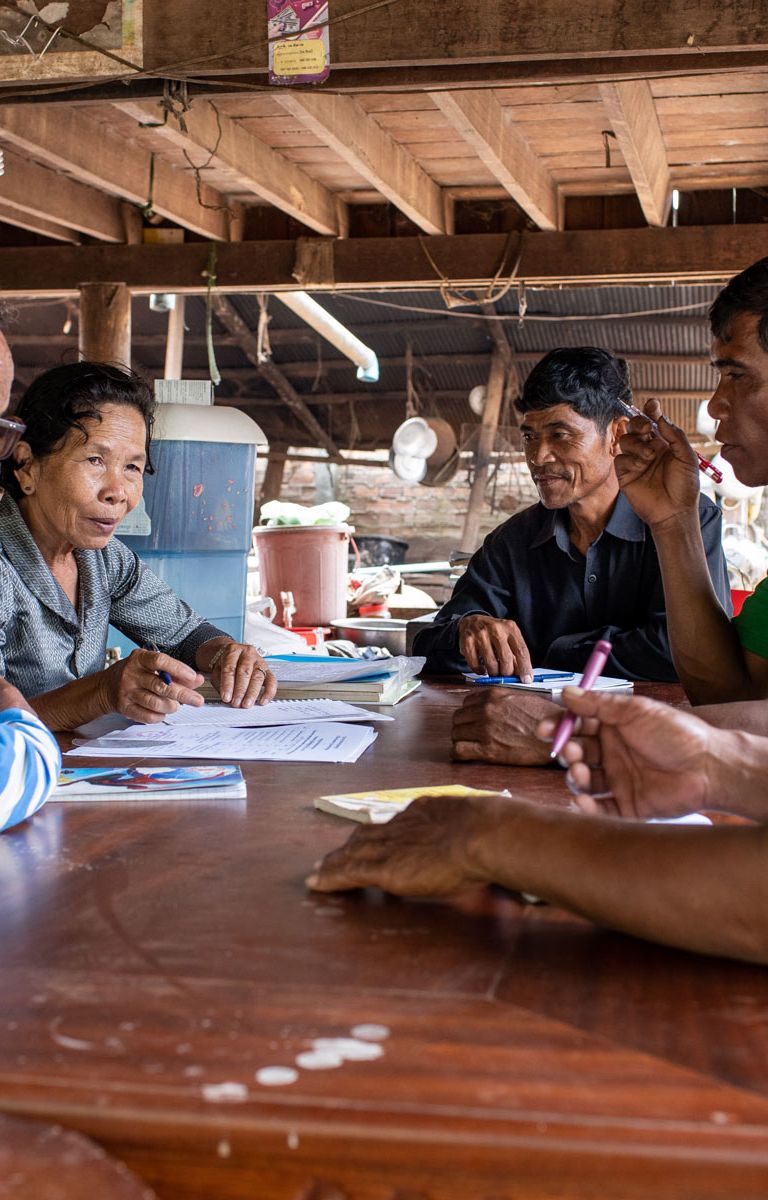 Knowledge and networks are key to defending community forests in Cambodia

RECOFTC
Stories of Change
Threats to a community forest in Kampong Thom Province showed the importance of documented rights, knowledge and networks of support.

When a local businessman tried to seize part of the O’Plovlok community’s forest land in Cambodia’s Kampong Thom Province in January 2021, local people rushed to defend it. They felt confident that they alone had rights to use the land for community forestry.

The Government of Cambodia recognizes people’s rights to use and benefit from local forests if they formally register a community forest and follow an approved management plan. While the O’Plovlok community members had legal rights to the 528 hectares of forest in Ni Pich Commune, the local businessman had none. Yet his workers had already dug a ditch around 72 hectares of community forest land. 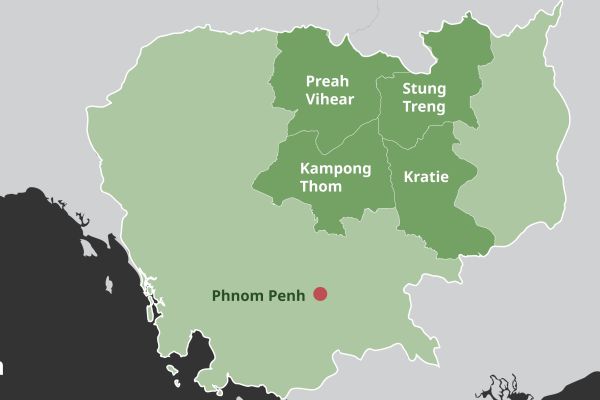 How many community forests?

Kampong Thom has 83 community forests covering 70,000 hectares. But 14 of them have not been formalized due to issues with demarcation, while 27 need technical support to develop the necessary community forest management plans.

“We told him to stop, that what he was doing was illegal and that he had no right to cut down our forest,” says Khiev Khoy, who is the chief of both another community forest nearby​ and of the commune’s community forestry network. “He got very angry and threatened to have us all arrested. He was saying he owned the land, but couldn’t produce any papers to prove it.”

The standoff ended after four days when the local businessman departed but its consequences continued. What happened next confirmed that community forestry can empower people to protect their forests and livelihoods.

But it also revealed that rights alone are not enough. Communities also need to understand how to exercise those rights. They need legal documentation and the support of wider networks. Without these things, Khoy and a local man called Roun Ron who also defended the O’Plovlok Community Forest might have spent months in jail.

Communities like Khoy’s and Ron’s have used local forests as sources of food, medicines and materials for generations. But Kampong Thom’s forests have been falling fast. Between 2001 and 2020, the province lost 330,000 hectares of tree cover according to Global Forest Watch data. More than half of this was primary forest.

As in other parts of Cambodia, the rapid spread of economic land concessions, as well as illegal logging and land-grabbing, are to blame. While threats persist, community forestry offers hope.

Land conflict arose in O’Plovlok Community Forest in Kampong Thom Province when a local businessman illegally dug a 72 hectare ditch on community forest land. The white line across the land is where the ditch was dug.

RECOFTC also supports community forest networks in Kampong Thom and other provinces by providing training, facilitating network meetings and enabling network representatives to take part in meetings of the Provincial Community Forestry Coordination Committee. These meetings allow community forest leaders to engage with the Provincial governor, non-governmental organisations and other stakeholders. As Khoy and Ron found out, such connections can be crucial.

In March 2021, weeks after the initial confrontation, the local businessman accused 12 villagers including Khoy and Ron of using violence. They all denied the allegation. Over the next three months, the Kampong Thom Municipal Court summoned dozens of community members for questioning.

“Illegal loggers sometimes have connections with community forest management committees, which allows them to conduct their illegal activities, but sometimes these loggers have the capital and the connections to make accusations.” — Tong Yi, deputy chief of the Kampong Thom Provincial Department of Agriculture, Forestry and Fisheries.

When Khoy and Ron went for questioning in court on 9 June, they were both arrested and sent to Kampong Thom Provincial Prison for pre-trial detention. This meant they, like an estimated 16,000 Cambodians, could languish in prison until their case made its way through the court system.

With no contact with the outside world, Khoy was scared. “I kept wondering why I was there and the people who had illegally grabbed our land were not. I wondered if I would ever get out. I feared for my family.”

Through their efforts, Vanna, the concerned national and local officials, and the community forest members managed to secure Khoy and Ron’s release on 18 June 2021, after nine days of uncertainty.

The case highlighted the importance of knowledge and networks. But it also showed a need for greater understanding among business people and the courts about the laws underpinning the rights of communities to manage their forests.

“We need to do more awareness-raising outside of the communities who manage the forests,” says Chhoeung Neb, commune council chief of Ni Pich. “There’s a lack of understanding of the concept of a community forest across the province.

“Community forest management committees change over time,” he says. “There is always a need to train new people and update current ones on new regulations. So the support needs to be constant.”

“For this to be sustainable, we need more support to make community forestry profitable,” he says. “That’s the best way to ensure the forest is defended.”

Ron also worries about the future of the O’Plovlok community forest.

“What could happen here if someone powerful tried to take our forest?” he asks. “We’re just locals trying to preserve our hometown. We don’t have the money or the connections, but if we can increase participation in community forest management, then we stand a chance.”

“For that though, you need leaders who are committed, who are not involved in corruption,” she says. ”You need people who are of the community and want to give back to their communities. That’s the key to success.”

The Partnership for Forestry and Fisheries Communities in Cambodia (PaFF) is helping rural Cambodians gain from strengthened rights over forests and fisheries. The Swiss Agency for Development and Cooperation (SDC) and the Swedish International Development Cooperation Agency (Sida) are co-funding the third and final phase which runs from July 2021 to June 2023. A consortium of four organizations is implementing PaFF: RECOFTC, the Non-Timber Forest Products Exchange Programme Asia (NTFP-EP), World Wide Fund for Nature (WWF) and the Culture and Environment Preservation Association (CEPA). For more information visit www.recoftc.org/en/cambodia/projects/paff