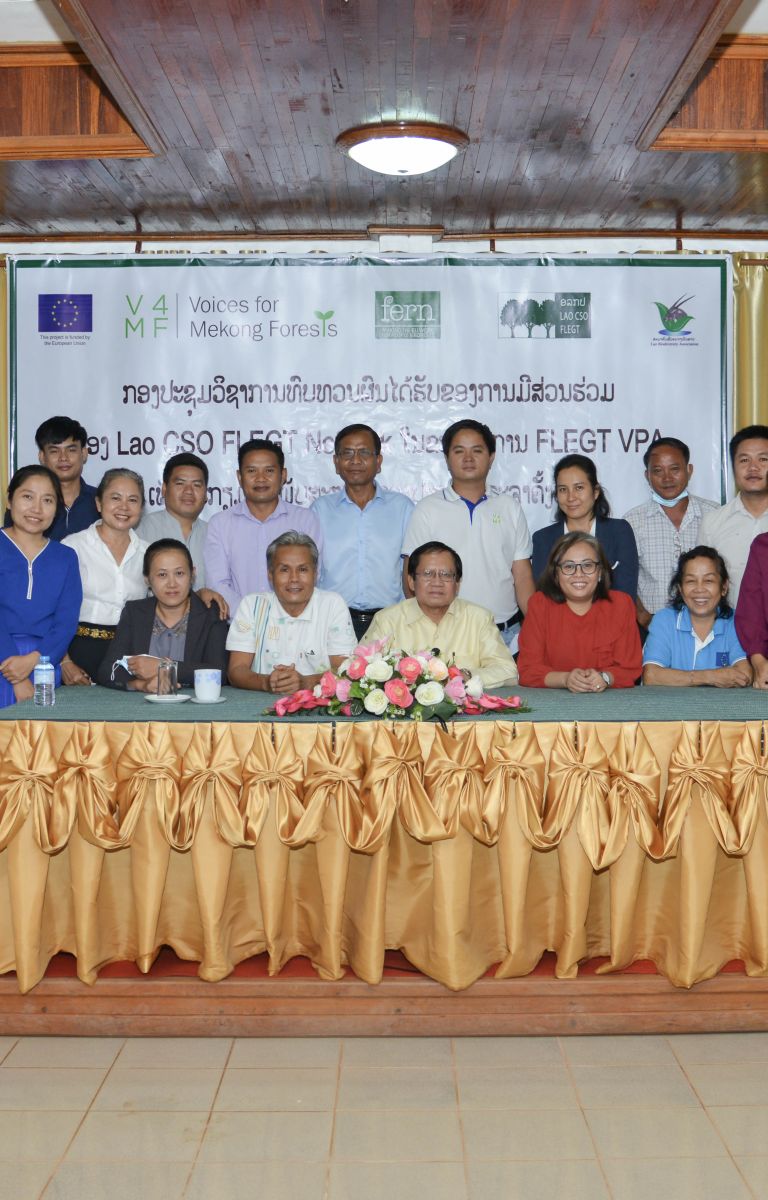 RECOFTC
The Lao CSO FLEGT Network represents the voice of local communities in the Voluntary Partnership Agreement talks with the EU.

Sisavath Chanhthaleuxai has witnessed an evolution in the relationship between the Lao People's Democratic Republic government and civil society organizations (CSOs).

After studying hydropower at university, he worked in the private sector for 10 years before becoming an environmental impact assessment consultant for CSOs. Today, he is the Director of the Rural Research Development Promoting Knowledge Association (RRDPA). It is a Lao CSO that helps to improve forest governance and social inclusion by providing training and conducting research.

“The government is listening more closely to CSOs and communities than it has in the past,” says Sisavath. “In 2007, I gave a presentation at a CSO workshop in Luang Prabang that government staff attended. I was approached by officials afterwards who wanted to learn more about working with CSOs, and our relationship has grown over the years.”

“I earned their trust,” says Sisavath. “And I believe this is why RRDPA and other CSOs were asked to support the development of the timber legality definition of village forestry in the VPA.”

The Voluntary Partnership Agreement (VPA) on Forest Law Enforcement, Government and Trade (FLEGT) is a legally binding trade agreement between the European Union and a timber-producing country outside of the EU.

“Because of the strong relationship CSOs now have with the government of Lao, we have an important opportunity to work together with local communities to protect the country’s remaining forests,” says Sisavath.

In Lao PDR, legal and customary management of forests by a village is known as village forestry. Villagers have rights to harvest and use the forest resources surrounding their community. Because of changes to the Forestry Law in 2019, timber from a village forest can now be used for commercial purposes to support the livelihoods of villagers. This was one of the many issues discussed in the VPA talks and is an example of how CSOs helped to positively influence forestry legal reforms in the country.

“CSOs play an important role in ensuring the voices of local communities are included in policy discussions with the government and decision-makers,” says Sisavath.

He sees the value from his decades of work in strengthening forest governance in areas where policies directly affect local communities living in and near forests.

Seventy percent of Lao’s population lives in rural areas and more than 80 percent live in or next to forests. These numbers show that government decisions on forests have a direct impact on the daily lives of millions of people.

According to the Timber Legality Risk Assessment conducted by Preferred by Nature (formerly known as NEPCon), illegal logging makes up 45 to 80 percent of the sector.

“My colleagues and I are engaged in the VPA process because we are optimistic about its ability to stop illegal logging,” says Khampheng Pongkham, Forest Technical Officer at the Lao Biodiversity Association (LBA).

The Lao government and the EU in 2015 began the VPA process to find ways to supply sustainable and legal Lao timber to the European market.

The goal of the VPA is to stop illegal logging by improving forest governance and promoting legal trade in timber. The VPA mandates a multi-stakeholder, participatory process that opens the space for CSOs to engage and negotiate the agreement with the government and the private sector.

CSOs formed the Lao CSO FLEGT Network in 2015 to represent the voices of local communities, Indigenous Peoples, ethnic minorities, women and children in the VPA talks. Lao PDR and the EU held their first negotiation on the VPA in 2017.

Hongnapha Phommabouth, Deputy Director of the Green Community Development Association (GCDA), has been a member of the Lao CSO FLEGT Network since 2018.

“The environmental and social objectives to mitigate climate change and protect our forest communities are as important as the economic need to open our marketplace,” says Hongnapha. 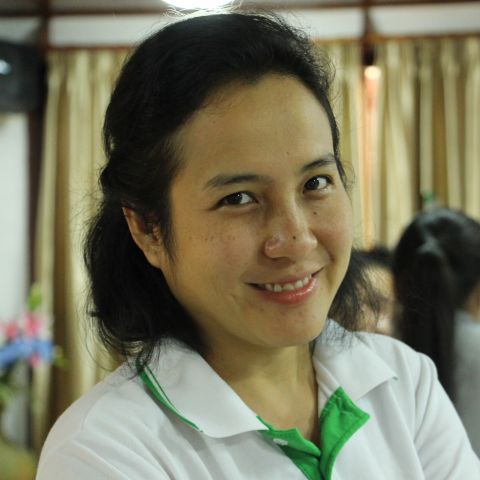 "The environmental and social objectives to mitigate climate change and protect our forest communities are as important as the economic need to open our marketplace.”

Hongnapha participated in training provided by the EU-funded Voices for Mekong Forests (V4MF) project. She used her new knowledge to share information on forest governance and the VPA to local communities. She then shared their feedback with VPA stakeholders. 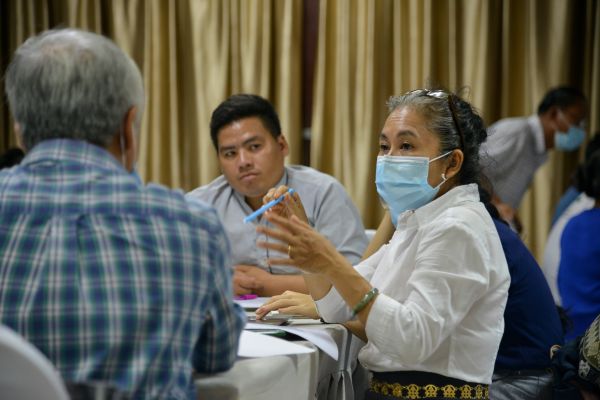 The Voices for Mekong Forests (V4MF) project is an EU-funded initiative to build the capacities of non-state actors such as civil society to improve forest governance, especially engaging in the FLEGT VPA and REDD+ process.

“I brought up real issues that have occurred in local communities in VPA discussions,” says Hongnapha. “I talked about gender equality issues in small and medium-sized wood processing businesses, community benefit-sharing, land management, conflict resolution and grievance mechanisms that are especially needed when production areas are near communities.”

The analysis found that employers and employees of Lao’s small wood processing businesses have a limited understanding of equal pay rights, safety standards and the VPA. The study found a gender pay gap, even among men and women doing similar work. Small and medium enterprises (SMEs) that were interviewed also expressed concern about the potential burdens of the VPA.

RECOFTC’s study showed the challenges of translating policy into practice. Many government officials believe that SMEs shut down due to a lack of willingness to follow national laws and regulations. But the study revealed that SMEs are not intentionally avoiding compliance with the law. Instead, they are not equipped with the resources to meet the requirements, or they lack incentives to undergo timber verification when profits are marginal for small-scale producers.

These issues are important to consider within the VPA talks because SMEs make up 99 percent of registered companies and 82 percent of employment in Lao PDR. 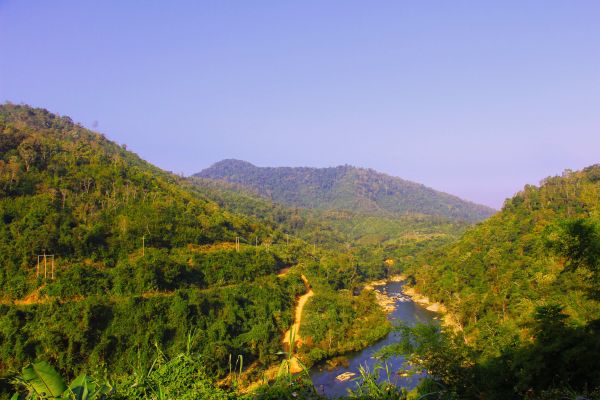 Types of forests in Lao PDR

Chantha Ouanthavongsi, Director of the Association for Preservation of Environment and Development of Community (APEDC), said his work on the timber legality definition on production forests, specifically the areas which are converted for hydropower or infrastructure projects that are called conversion areas, is an example of how CSOs have shaped the VPA talks.

“APEDC gathered information on best practices of how infrastructure projects can share benefits with local communities from conversion areas such as Khammonoun Province, and we shared it with policymakers,” says Chantha.

“Communities in concession areas are losing their food source, revenue is declining from production forests and production areas in the community, and the local government does not have the budget to monitor and fix the issues arising from companies’ concession activities,” says Komseng.

In the VPA talks, CSOs such as APEDC and MHP have recommended that commercial concessions in production forests share benefits with affected communities.

“If this recommendation gets approved, it would allow communities living in production forests to gain benefits and restore the livelihood they lost from commercial plantations,” says Komseng.

VPA negotiations are advancing. In November 2020, the Lao Ministry of Industry and Commerce approved regulations on the traceability of timber to prevent illegal timber mixing with legal timber within the supply chain.

"This decision on the management and monitoring of timber input and output is an important part of the Timber Legality Assurance System,” says Bouavanh Vilavong, Director General of the Lao Department of Industry and Handicrafts. “It serves as a legal reference for Lao operators, traders and exporters and provides information to buyers when they need to perform due diligence declarations.”

At the fourth Joint Expert Meeting in September 2020, the Lao government and the EU agreed to exchange information and communicate more frequently through informal video conferences in between formal meetings. They want to hold a Joint Expert Meeting every six months until the negotiations are complete, with the next one to be held in April 2021.

While the Lao government aspires to sign the VPA in 2022, there is still much to be discussed. The Lao government and the EU will continue to work on the timber legality definitions, field testing a supply chain control and verification process, and other elements of the Timber Legality Assurance System (TLAS). TLAS is the system designed to verify, track, and issue timber licenses to certify legality. It is an important component of the VPA.

“It is also important for the Lao CSO FLEGT Network to develop a long-term vision to ensure its sustainability and influence after the VPA is signed."  - Manilay Thiphalansy

In a capacity development needs assessment conducted by V4MF in 2018, CSOs estimated they understood only about 30 percent of the relevant laws and regulations related to forestry. In follow-up discussions in 2020, selected CSOs indicated they now believe their basic understanding has increased to almost 60 percent.

To further support CSOs, V4MF will provide more training in 2021 for the Lao CSO FLEGT Network on issues such as timber legality definitions.

“It is also important for the Lao CSO FLEGT Network to develop a long-term vision to ensure its sustainability and influence after the VPA is signed,” says Manilay Thiphalansy, V4MF Program Officer at RECOFTC Lao PDR.

CSOs will play an essential role even after VPA is signed

“It is important to understand that the signature of the VPA is not the end goal,” says Ignacio Oliver Cruz, Development Cooperation Attaché at the EU Delegation in Lao PDR.

“The goal is to have sound forest governance and sustainable management of the resources, address the interests of all the stakeholders and make sure the whole value chain is well-governed,” says Cruz. This requires a robust reform process, and the operators in the wood industry need to adjust to likely more stringent requirements to make the industry more sustainable and viable.” 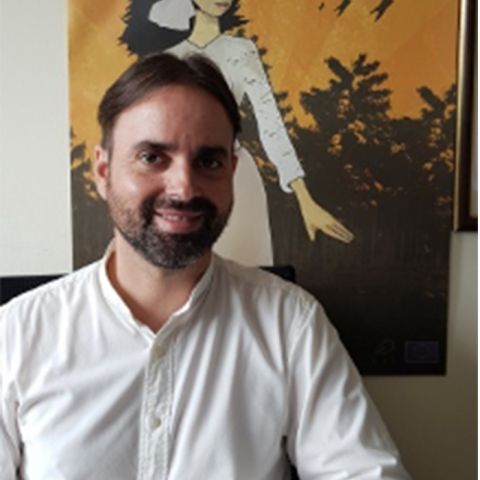 The goal is to have sound forest governance and sustainable management of the resources, address the interests of all the stakeholders and make sure the whole value chain is well-governed.

CSOs will play a vital implementing and monitoring role after the VPA is signed to ensure accountability and integrity.

“After the signing ceremony, civil society organizations shall disseminate the information and act as a supporting force in monitoring,” says Khamfeua Sirivong, Director of Legislation and Forest Inspection Policy Division in Lao’s Department of Forest Inspection. “However, clear roles have not been determined.”

This opens the opportunity for CSOs to better define their role during the VPA implementation stage. Their work could include monitoring, awareness-raising and building capacity of CSOs and other stakeholders to use the TLAS.

After the VPA is implemented, members of the Lao CSO FLEGT Network hope it will reduce illegal logging, increase forest cover, improve transparency in the chain of custody of timber and provide sustainable livelihoods for local communities.

This story is produced with the financial support of the European Union. Its content is the sole responsibility of RECOFTC and it does not necessarily reflect the views of the European Union. To find out more about this and other activities under the EU-funded Voices for Mekong Forests, visit the project page.