About Trees and Bees

In Sarlahi district, along the base of the Chure mountain of Nepal, women have used their local knowledge of the environment to develop a sustainable relationship with the forests that surround the community. The residents of Sarlahi collect wild fruits, nuts, bamboo shoots, mushrooms and medicinal plants from the forest for their own consumption, but they also supplement their income by selling their excess goods. However, the irregular weather patterns caused by climate change and the flooding of a nearby river , which was caused by deforestation on upstream areas, has jeopardized the community's ability to sustainably utilize the forest’s natural resources. To adapt to this reality, the women-led Community Forest User Groups (CFUG) of Bishnupur and Pragatishil of Hariwon Municipality of Sarlahi district had a plan: through beekeeping and agroforestry, they could integrate fruit trees into the forests. The result would increase forest cover and help them generate additional revenues for their livelihoods.

What did such an initiative hope to accomplish?

Beekeeping and planting trees are practices proven to enhance forest health, decrease reliance on cash crops, and generate income. Furthermore, since women (especially single or widowed women), ethnic minorities and Dalits are the most reliant on communal resources, like forests, this project was intended to strength the livelihoods of the community’s most marginalized groups.

To engage with the local communities on their pursuit, RECOFTC, in October 2016, launched a small fundraising campaign called the “Trees & Bees, Please!” The intent was to provide the community with beehives, tree saplings, and training to ensure that the trees and beehives, as well as the income generated from them, were sustainable in the long term. After two months of online and offline fundraising activities, the ‘Trees & Bees’ campaign reached its fundraising goal with support from individual donors from across the globe - from the United States to Thailand, South Korea, and even Tanzania. Online donations reached 9,725 USD and offline donations reached 1,116 USD, totaling 10,841 USD. In sum, with the help of additional funds from donor organizations, we surpassed our goal and raised 23,000 USD!

To date, the Trees and Bees project has distributed 22 beehives to Bishnupur and 15 to Pragatshil CFUGs. This totals to 37 beehives delivered to CFUGs in the district.

What did this project achieve?

In Pragatishil, five women have received three beehives each. The process to select these households was undertaken by the Pragatishil CFUG members, who undertook an assessment of the existing capacities and knowledge of beekeeping amongst the women members, also considering their willingness to take up such a task. From such an assessment, all 37 members of the community group identified the members who would receive the beehives. The recipients of beehives come from Dalit families, who in the caste system occupy the lowest place and are the most disadvantaged. 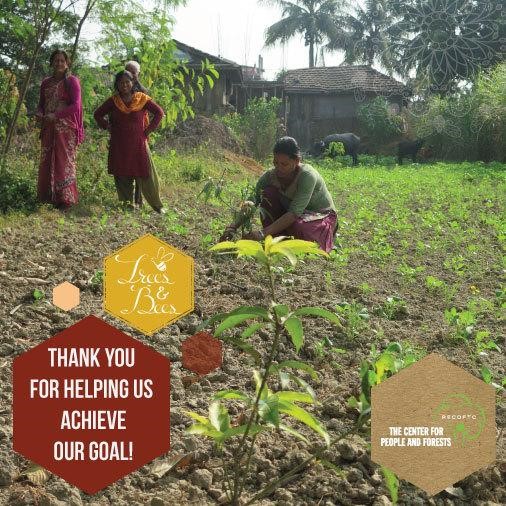 In Bishnupur, six women have received 22 beehives. Over the past six months, the women have already harvested honey three times, averaging five kilograms per harvest, which has been sold at a nearby market in Lalbandi. Currently, one beehive can produce up to 18 kilograms of honey in a year. This honey is sold for around five US dollars per kilogram. One family has already received around 270 US dollars (27,000 Nepali Rupees) from their three hives.

Nor is this project a one time interaction. Eleven families have received the tools needed for beekeeping and harvesting, plus additional training on the proper techniques to ensure that the new bee entrepreneurs have the knowledge and skills they need to generate income from the beehives. Multiple trainings, which focused on health, bee identification, feeding colonials, protection from insects, and honey collection, were held in both Bishnupur and Pragatishil. All trainings were attended by the husband and the wife of the corresponding households, proving the necessity of gender equity in community forestry. Going forward, the women will receive continuous support for one full year from a beehive contractor. The contractor is to ensure the success of the project and the women’s ability to generate income and enhance their livelihoods. A contract has been established with the beehive provider to fulfill this service and provide enhanced capacity development training!

As shown, the Trees and Bees project has made significant progress. All of the project’s activities have been implemented and women have already been able to harvest and sell honey at local markets.

How has this helped?

The Trees and Bees project has diversified rural incomes, particularly for women, and has allowed for further economic mobilization. Two of the participating women of Bishnupur CFUG have already moved up the income ladder from being full time laborers in the local market to bee entrepreneurs. In Pragatishil, the women have been unable to harvest honey due to an ongoing drought and later flash flooding. The lack of rain has meant that there has not been enough flowering for the bees to feed on. The local trainer has advised against artificial feed, which is not healthy for new hives. Despite these challenges, the women of Pragatishil CFUG are looking forward to their first harvest.

“I have observed from other villages that there is a good market for honey and the possibility to profit with few inputs. I am expecting that within a few months I will get a good harvest and return from the honey, which I can spend on my children’s education”, confers Dhanamaya BK, Pragatisil women’s CFUG.

Diversification has been instrumental in developing income generating capacities. Bishnu Mahat, from the Bishnupur women’s CFUG, has commented on the benefit of diversification: “Instead of planting sugarcane, I have started planting mango on my land. Sugarcane uses too much water and is drying the land, whilst reducing productivity. I am expecting that mango will provide a better return than sugarcane and will diversify my income source.” These practices also increase long term sustainability. “We have planted lychee and mango in our home garden and they will provide a good harvest after 5-6 years. We can consume some of the fruit at home and we can sell the rest to generate income. It will be a long-term source of income, which will benefit me in my old age as well as my children,” Harimaya BK claims.  This would not be possible had the women not shown keen insight into diversifying their forest products.

The project has continued to improve as the CFUGs have outlined ways to ensure the sustainability of the project and build on its success. Each of the families that have received a bee hive will split their hive at the end of the year to provide a hive for another family; the CFUG’s are continuing to plant tree seedlings each year; and plans to scale-up vegetable cultivation have already seen an increase of area under cultivation from six to nine kattha (1 kattha = 720 square feet).

Overall, “Trees and Bees, Please!” has been a great success, but there is more to be done! The women of these communities can benefit even further if they are supplied with more resources, including additional beehives and fruit trees. Nonetheless, this program has shown how local communities can diversify their income, overcome marginalization, enhance their livelihoods, and secure their rights through the implementation of their own local knowledge. This knowledge is vital in our mutual goal to acquire gender and economic equity, while mitigating the harmful effects of climate change. RECOFTC is proud to partner with the CFUG’s of  Bishnupur and Pragatishil on their journey! 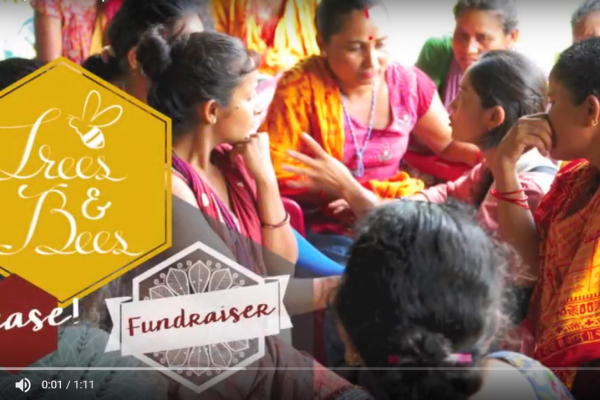 Update on Trees and Bees Project! 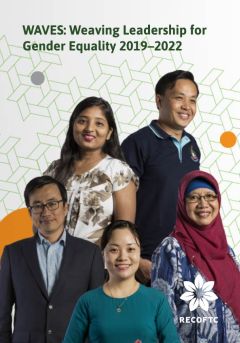 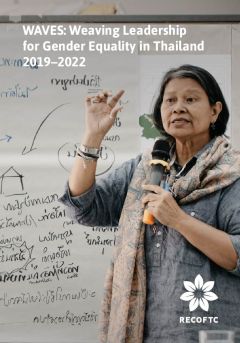 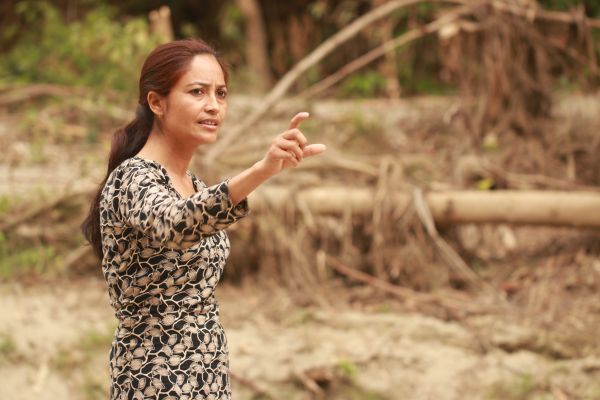