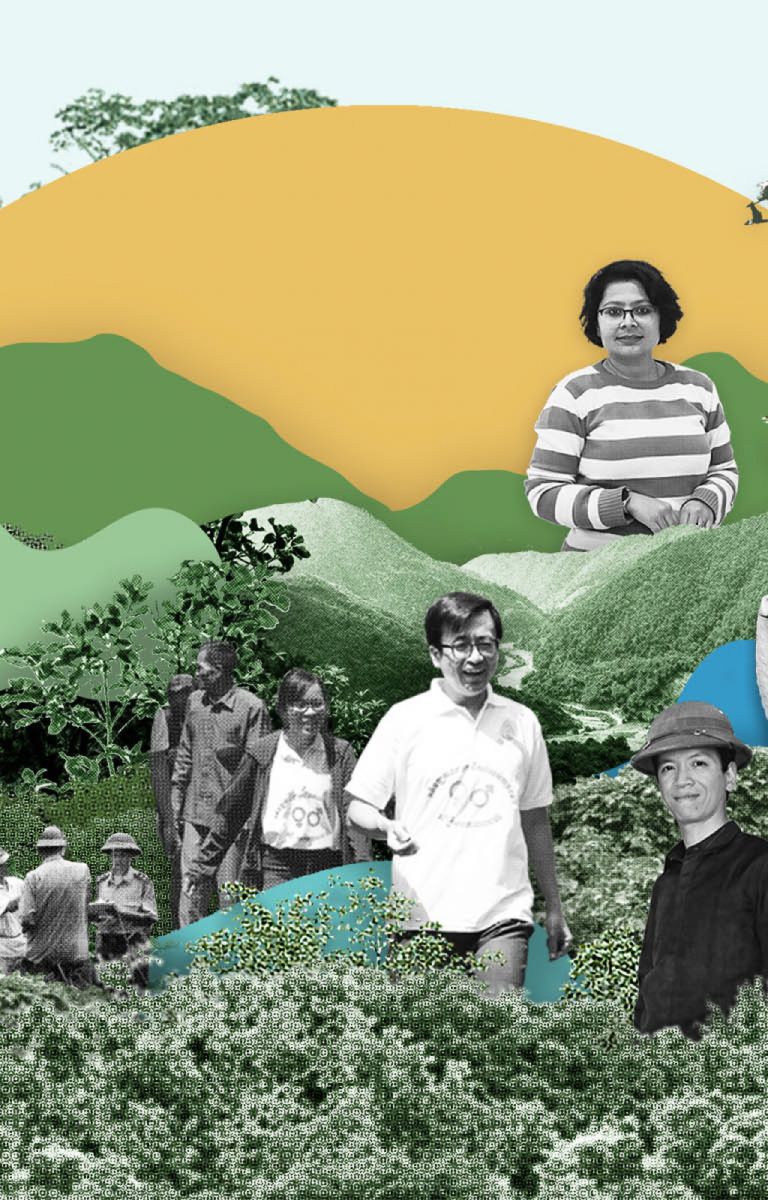 A green and sustainable future will depend on women having an equal say in forests, in workplaces, in homes and in solutions to move beyond the pandemic damage.

For 30 years, RECOFTC has worked with women and men in forest communities to empower them to manage and conserve the forests and wetlands they depend on to survive and thrive. But despite RECOFTC’s efforts on gender equality, men in those communities have continued to make the bulk of the decisions about the future of people and their forests.

In the forestry and natural resource management sectors, national commitments on gender equality had hit an invisible wall, says Kalpana Giri, a forester who leads the WAVES initiative at RECOFTC.

“No one says, ‘I don’t want to work on gender equality’,” she explains. “They say, ‘Yes, gender equality is very important, but there is zero budget to do this’.”

Two years ago, Giri began looking for ways to break down that invisible wall.

First, she decided to throw one-off gender training out the window. WAVES became a three-year leadership and training network with technical, financial and psychosocial support.

The first WAVES workshop focused on each individual’s personal growth. Thirty participants who had been carefully selected as WAVES gender leaders learned to look inward and analyse their own biases. From there, they were shown how to consider the societal conditioning of other people and how their biases are products of their socialization. Grasping these concepts led the gender leaders to change how they related to others.

They were mostly women, but there were men as well. Some among them had gender development in their job title or description. Others had heard the term gender equality but knew little about it.

For many of them, it was a life-changing five days.

Change begins with the self

“The initial discussions at the workshop focused on mindfulness and self-awareness,” says Mardha Tillah, then the executive director of the RMI-Indonesian Institute for Forest and Environment. “At first I didn’t understand how these topics related to leadership.”

Within the first day, Tillah had texted her organization, her mother and her husband with excitement.

“The training emphasized the gendered self and looking inward to identify preconceptions of what it means to be male or female as the first step towards becoming a stronger leader,” she says. “In those five days, I was thinking about other leaders having this kind of opportunity for enlightenment.”

Khin Nyein Khan Mon wondered for a long while about why the training had opened with emphasis on self-awareness. Upon returning to Myanmar, where she worked as a technical specialist with the Myanmar Environment Rehabilitation-Conservation Network, she had sudden clarity.

Deepa Oli is a forester and the focal point for the Gender Development Unit in Nepal’s Ministry of Forests and Environment. She left that first WAVES workshop with an expanded vocabulary and an expanded understanding of the barriers that had been frustrating her for too long. She also learned how to handle discrimination and bias more constructively than with anger. 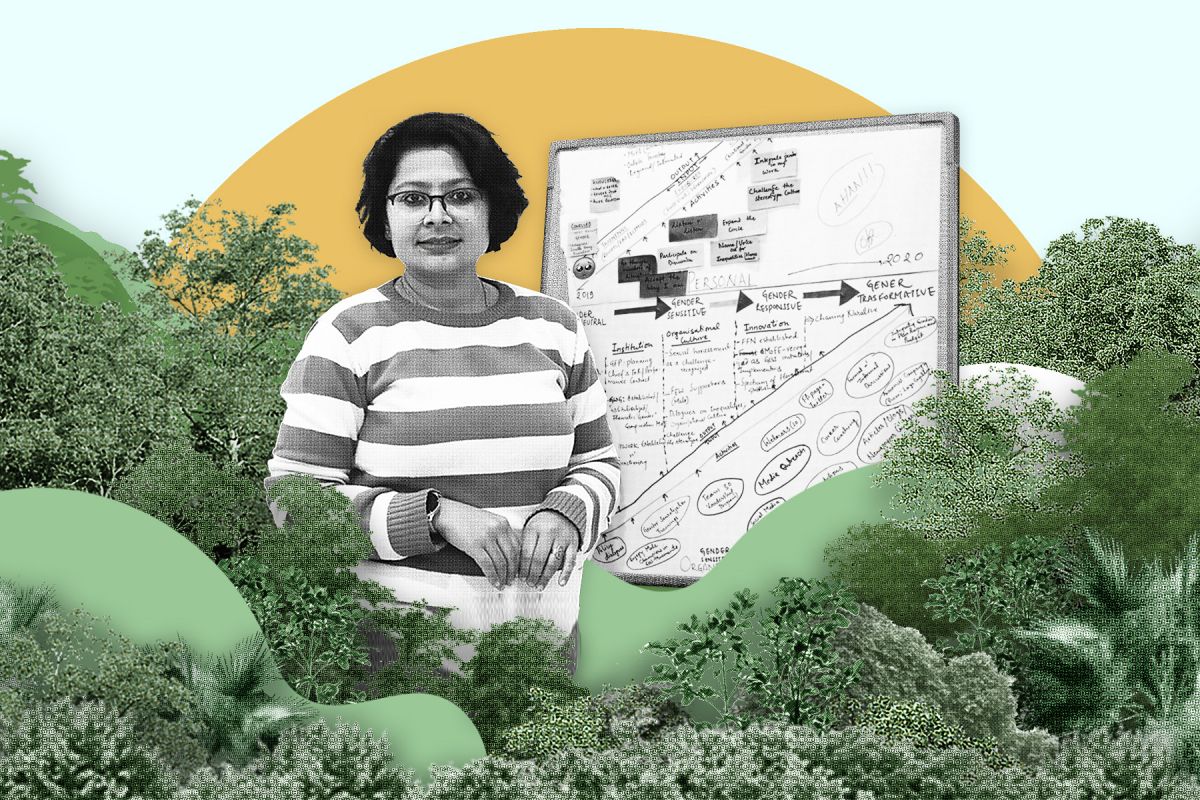 Oli heard for the first time the term ‘socialization process’. She came to realize that it was what she and other gender equality advocates ultimately were up against: the people who resisted her ideas or challenged her were products of their upbringing and their social environments.

This awareness changed how she interacted with anyone who worried that talking about gender would create competition between men and women.

“I hit at the barriers instead of at the person,” she says, explaining how she often jumped to anger and frustration. “Being calmer and composed is doing the same thing in a different way. It is confronting in a strategic manner. And people now hear what I am saying.”

Mai Quang Huy heard plenty of unfair comments and jokes about women as he rose to the directorship of Phong Dien Forestry. The company produces and trades timber, resin, forest seedlings and herbs in Viet Nam. He always felt his colleagues’ and clients’ prejudices about the roles and responsibilities of women in forestry were wrong.

Since joining WAVES, Huy has directed his company to follow gender-sensitive policies, eliminate gendered division of labour and include gender analysis in annual reports. His company now requires that women are included in community meetings and that contracts include the names of both wives and husbands.

“My peers and colleagues asked me why I was interested in gender issues and why I did not focus on forest encroachment or forest fire prevention and control,” Huy says. “I responded that gender issues are a root cause of these problems and solving gender issues helps to address them.” 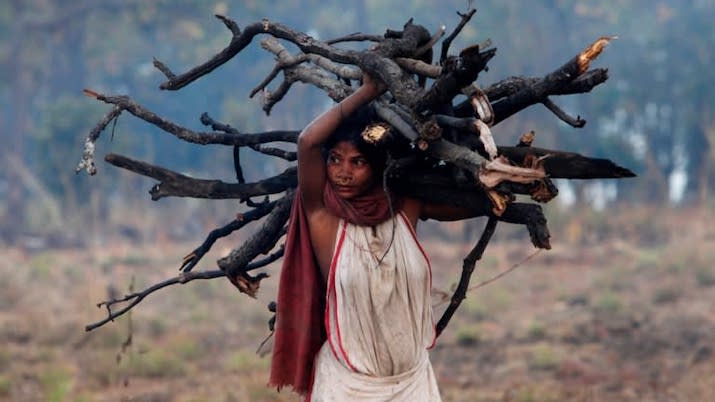 Forests are vital to tackling climate change. But if we are to succeed in our efforts to save the Earth, we must think beyond conservation, biodiversity and the number of planted trees. We must make gender equality a core business.

In his early days as a gender advocate, The Chhun Hak talked about women’s rights, the global United Nations agenda and national pressure to follow through on global commitments. Today, he is the director general for the Gender Equality and Economic Development division within Cambodia’s Ministry of Women’s Affairs.

“WAVES taught me to be transformative,” he says. “I realized that a fundamental shift could be achieved if young people learned about equality and leadership before they became leaders.”

In 2020, Hak initiated the Youth Leadership Lab for Gender Equality, which includes self-awareness topics. The Lab is now a one-year coaching program for cultivating leadership and gender equality among youth. He also established a leadership campaign within the Ministry of Women’s Affairs to attract and invigorate the junior ranks.

“It has created a dynamic image of the Ministry among students and young people who now seek employment there,” he says. “They are inspired because they can see that gender equality is not just a narrow understanding of women’s issues but something broader that leads to making real change for their society.” 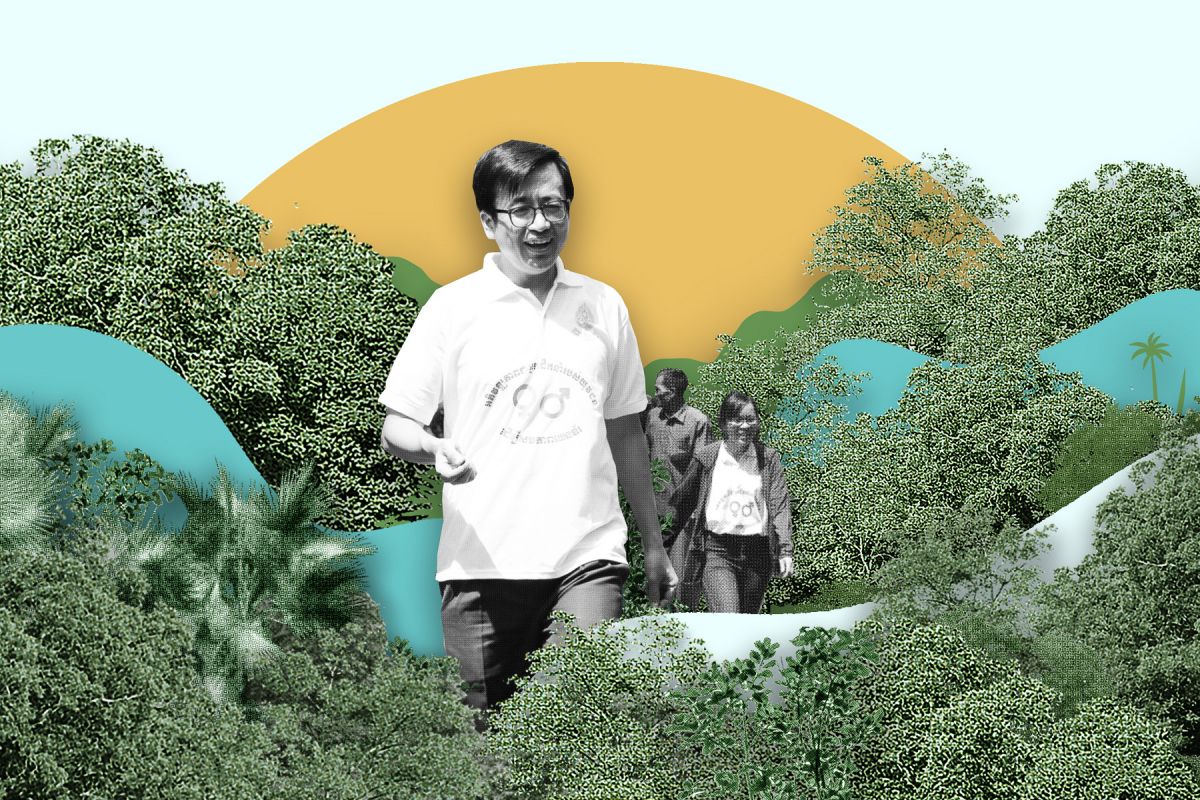 The WAVES initiative is comprehensive. It offers three years of training, technical assistance and limited funding for projects that gender leaders want to pursue. WAVES also established a focal point in each of the targeted seven countries to check in with the gender leaders through group chats or one-on-one conversations.

Giri often engages in the group chats and has opened her door to each gender leader. The psychosocial support “makes us feel we are not alone,” says Hak. “It’s not a big investment but it’s a big support for us. It gives us more confidence to know that somebody has our back.”

After the first WAVES training, the participants felt empowered to make changes, even small ones that could have a big impact in the future.

One gender leader in Indonesia changed the stipulation that pregnant women could not attend training and set up a day-care facility for trainees’ children. Another leader integrated gender issues into her university’s forestry curriculum. In Cambodia, gender leaders influenced the country’s gender action plan and strategy. In Nepal, they aim to cultivate 300 gender leaders in their field over the next two years through training, webinars and career counselling.

Perhaps most importantly, WAVES has helped give technical legitimacy to the term ‘gender equality’.

“It is no longer considered to be something everyone can do,” said independent evaluator Dibya Gurung at an online WAVES workshop. “It used to be common practice for anyone to give input on gender-related documents or platforms or events. Now organizers make sure that someone has knowledge or experience before they give input. That kind of legitimacy, that kind of value, is slowly being given.”

But much of the WAVES work has taken place during the COVID-19 pandemic, often constricting the reach of the gender leaders’ plans and interactions.

“In general and globally, the pandemic has been disproportionately harsh for women and girls,” says Giri. “It has endlessly demonstrated how deeply gender inequality remains in the world’s economic, political and social systems. It is clear that the future, and especially pandemic recovery plans, must equally include women in the forests, in workplaces and in the home and create transformative solutions that are needed to move beyond the pandemic damage.”