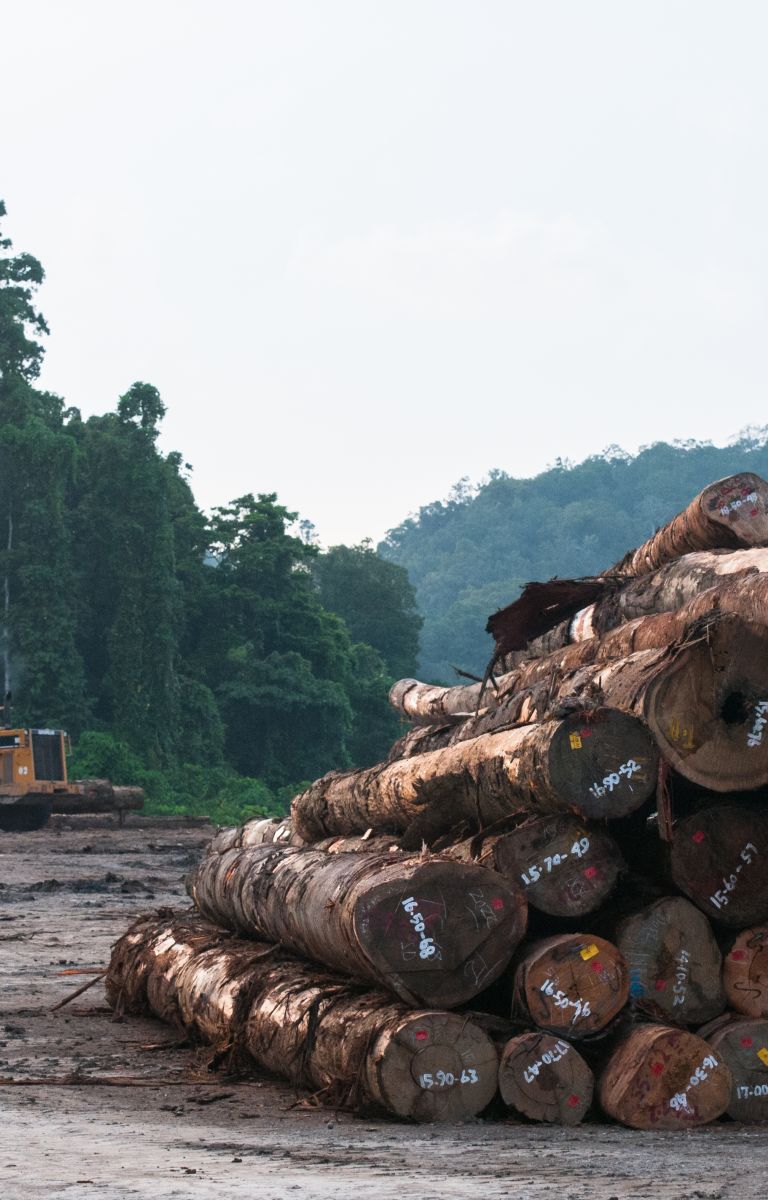 Cleaning up the timber trade

In 2007, a businessman from Thailand told undercover investigators about the huge bribes he paid to military officials in Lao PDR to acquire illegal timber worth up to half a billion US dollars. The exposé came in a report by the Environmental Investigation Agency (EIA) and Telapak warning that vast quantities of illegally sourced timber were also flowing across the border from Lao PDR into Viet Nam (link).

Thirteen years later, no one can claim the problem has been fully solved, but all three countries are cracking down on illegal logging like never before. They are trying to root out illegality throughout entire supply chains that deliver timber from forests to customers in both domestic and export markets. And while they are finding plenty of challenges, they are also improving forest governance in important ways.

The drive for legality comes in part from pressure from major markets for tropical timber such as the EU, United States and Australia. In recent years, they have all introduced laws to prohibit trade in illegally harvested timber products. These laws are incentivizing Mekong countries to clean up their forestry sectors. One way some countries are doing this is through Voluntary Partnership Agreements (VPAs) with the EU on forest law enforcement, governance and trade to ensure that timber and timber products are legal. This is essential to ensuring that the timber trade is sustainable. 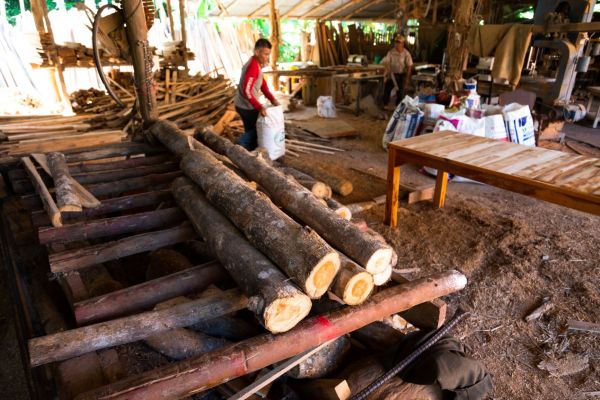 The EU and some countries in the Mekong region are working together to address illegal logging and associated trade, under an EU initiative called the Forest Law Enforcement, Governance and Trade (FLEGT) Action Plan. The EU sees FLEGT as a means to promote sustainable forest management, which illegal logging and associated trade has long undermined.

In 2019, Viet Nam became the second Asian country after Indonesia to ratify a VPA, having started negotiations in November 2010. The government is now developing a timber legality assurance system and the import controls needed to give the system integrity. The EU and Viet Nam say this process is likely to take several years (link). Vietnamese non-governmental organizations welcomed the VPA (link). In the decade since negotiations began, the VPA process has become increasingly open to input from them and other groups, such as associations of furniture producers.

One way that VPAs can improve governance is by bringing together competing interests, such as logging companies, government agencies and organizations representing local communities, so they can reach a common understanding of challenges in the forest sector and how to address them. That’s because forests are often highly contested resources and unless competing interests are balanced, conflict will arise. For this reason, and because solutions are more likely to be implemented effectively if everyone has jointly agreed them, the EU makes stakeholder participation a requirement of VPA processes.

The EU and its Member States also support and promote programs that build the capacity of government agencies, business associations and civil society groups to participate effectively, thereby improving governance as part of the VPA negotiation and implementation process. By bringing people together who haven’t spent much time in each other’s company—such as officials, business owners, civil society groups and communities—it is possible to build trust, increase understanding of issues and identify workable solutions to entrenched challenges.

In Viet Nam, civil society organizations formed a network to advocate for the interests of forest-dependent communities and small-scale timber industries during the VPA negotiations. Vu Huu Than, RECOFTC’s training coordinator in Vietnam, says creation of the network and participation of its members in different events were among the big successes of the VPA negotiations.

Although the government retained decision-making power in the VPA negotiations, it gave civil society organizations opportunities to provide information and ideas, through participation in workshops, meetings and research.

“Voices from civil society organizations were heard,” says Vu Huu. “Their aspirations and concerns for the future were raised.”

While Viet Nam’s civil society groups acknowledge that they are still some way from having the influence they desire, they value the progress they have made. Indeed, in interviews conducted for a review of RECOFTC’s Voices for Mekong Forests project, non-state actors in all five countries said they are better equipped, better informed and more confident about engaging, and believe their voice is becoming stronger. This is despite a context in which space for civil society seems to be shrinking politically.

Ronnakorn Triraganon (Ron), senior strategic advisor at RECOFTC, says that in Viet Nam, as in other Mekong countries, the government is now more appreciative and trusting of civil society groups, their knowledge and networks. And as the complex task of putting the VPA into operation gets underway, there will be more opportunities for them to have a say—and be influential.

The VPA itself confirms that non-state actors will take part in the implementation of the agreement. Reflecting this, in 2017 Viet Nam set up a Multi-Stakeholder Core Group. Members include representatives of Vietnamese industry associations, professional associations, non-governmental organizations, research institutes and government agencies. Through their participation in the Core Group, they can provide feedback on the implementation of the VPA and propose issues for the EU and Viet Nam to consider.

Lao PDR and Thailand are now negotiating VPAs of their own. In each case, they are bringing stakeholders together to discuss how to ensure timber supplies are legal, and which laws to include when verifying legality. 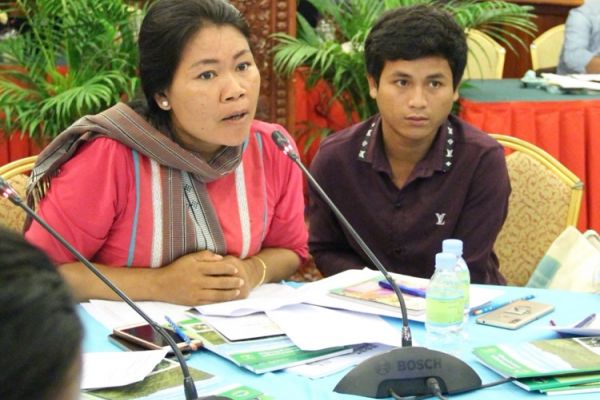 As well as working at a national level, and with the EU, Mekong countries are engaged in regional initiatives to improve forest governance and address illegal logging and associated trade.

National efforts to address illegality are also putting an ever-brighter spotlight on cross-border issues of the type that EIA and Telepak warned about in their report more than a decade ago. Timber is still flowing illegally from, for instance, Cambodia to Lao PDR and Viet Nam, from Myanmar to China, and from Lao PDR to Viet Nam. In October 2019, for instance, researchers at Forest Trends and the Australian National University published a study that showed significant volumes of timber continue to flow illegally from Cambodia to Viet Nam (link). Many experts are concerned about potential loopholes and laundering if the VPAs do not address these transboundary issues.

“The resolution of transboundary issues requires dialogue among governments and action on both sides of the border,” says Tol Sokchea, who coordinates work in Cambodia under RECOFTC’s Voices for Mekong Forests project. “Supporting community protected areas and monitoring in forest areas near the borders can help to a certain extent.”

For its part, Viet Nam is developing import controls modelled on those of the EU Timber Regulation, which requires importers to use due diligence systems to gather information on their timber sources, and assess and mitigate any risk of importing illegally-harvested timber. Meanwhile, Lao PDR and Thailand are both moving in the same direction, in their own VPA negotiations with the EU. If Viet Nam can crack import controls, this would have powerful ripple effects in the 80-plus countries from which it sources timber (link).

But while the EU and other markets are driving Mekong countries to raise standards, another of the region’s major timber buyers is less particular about the wood it imports. Unless China reduces consumption of illegal logs coming over the border, the legal reforms underway to meet the requirements of more scrupulous markets such as the EU and United States “are not going to make it,” warns David Ganz, executive director of RECOFTC. “Without China also agreeing to do its fair share it won’t change governance processes on ground.”

The good news is that China is showing increasing interest in controlling the legality of timber. In December 2019, it adopted revisions to its Forest Law that clarify that nobody should buy, process or transport illegally-sourced timber. It remains to be seen whether, in implementation, the law will cover imports as well as domestic timber. This could have big impacts on the Mekong countries from which timber currently flows, both legally and illegally. The question is, can change come fast enough to protect the Mekong forests.

Julian Atkinson, senior program coordination officer at RECOFTC, says VPAs and related initiatives will likely take a long time to fully implement. “But in the meantime, it is important not to lose sight of the many gains made along the way,” says Atkinson. “Take it as a learning process, with key impacts beyond the trade benefits that the EU envisaged.”