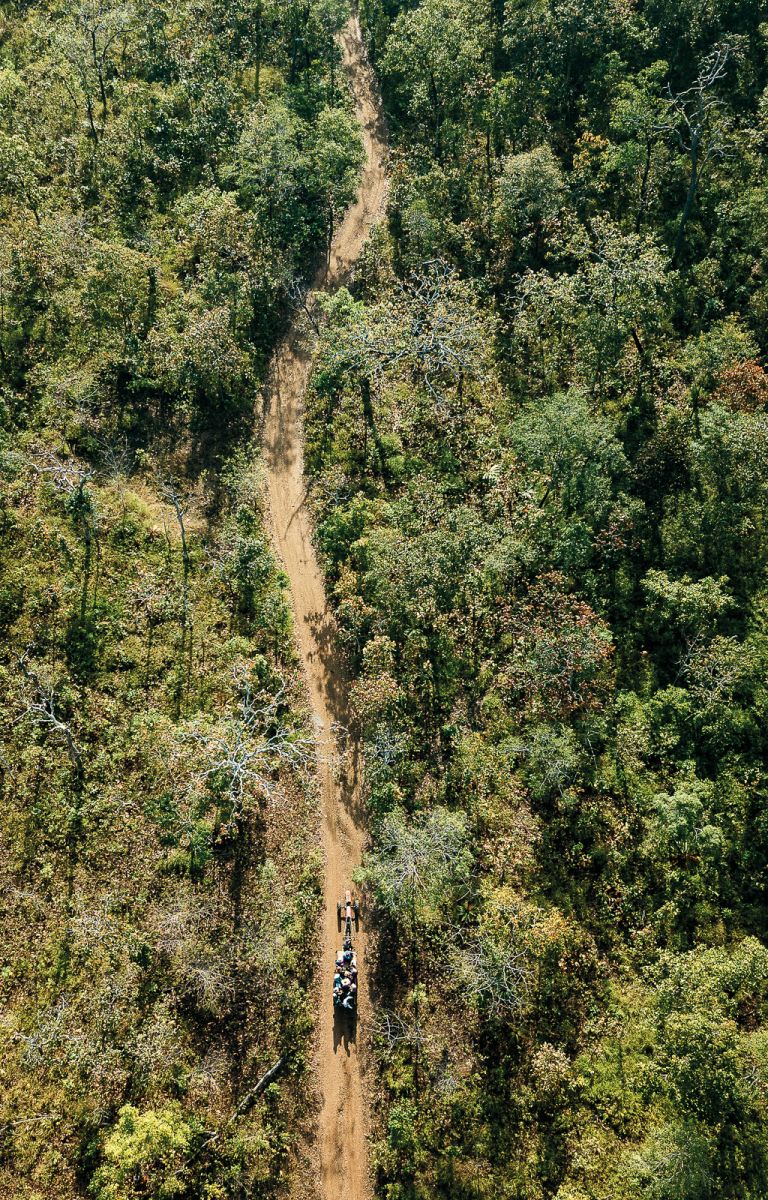 Community forestry: From fringe idea to pillar of policy

RECOFTC chronicles the evolution of community forestry in Cambodia.

In a forest bordering Cambodia’s Beng Per Wildlife Sanctuary, local leader Khea Sokchea points to a sign on a tree at the entrance to his community’s ecotourism site.

“Killing me in the name of development,” it reads. “How will you live without me?”

The sign offers a stark warning. More than 80 percent of Cambodians live in rural areas and rely on forests and other natural resources. But these communities are often left out of the country’s political and economic discussions. As a result, people and forests are suffering.

A Special Report that RECOFTC published in 2021 illustrates how communities like Khea’s are now bucking the trend of exclusion as pioneers of community-based forest management. The report tells how government officials, community members, researchers and others have driven the evolution of community management from a fringe interest to a pillar of Cambodia’s forest policy.

Khea’s experiences exemplify the broader history of community forestry. In 2008, his village of Chombok Hos in Preah Vihear Province was surrounded by economic land concessions, a development model the government introduced in the early 2000s.

“It was like a war zone,” he says. “Companies would hire the military to patrol the area so no one could take or use the land.”

Much of the forest near the village disappeared, including in two protected areas. Plantations and military facilities replaced the community’s customary lands. The villagers suspected that without support from the government, the forests would disappear. So Khea and others, with help from the World Vision humanitarian organization, applied for formal community forest status. In 2016, the government approved their request.

Communities like Khea’s have managed local forests through customary practices for generations. But as a government policy, community-based forest management has been around for only three decades. RECOFTC’s Special Report recounts how a small but persistent group of Cambodians embraced this new idea and advocated for its widespread adoption.

The report highlights moments in Cambodia’s story of community forestry, from developing the legal framework to creating guidelines for implementing it. It illustrates how community forests were formalized and how communities can benefit economically from protecting them. It also underscores the many challenges that community forestry practitioners have overcome and those that remain.

Evidence and experience show that giving communities the rights to manage and benefit from their forest is a viable alternative to the kind of development that has devastated Cambodia’s forests. According to the United Nations Development Programme, as community forests and community-protected areas began to flourish from 2010 to 2018, forest cover shrank, from 57 percent to 47 percent. But while the country’s forests were declining, the health of community forests and community-protected areas stayed steady or improved.

Khea has seen this first-hand. He says that once the land near his village was formally designated as a community forest, the military departed and tree cover began to increase. His community can now gather greater quantities of forest resources, such as resin, bamboo, honey and vegetables. Community members believe the ecotourism site they have developed will save the area’s forests.

“When tourists visit regularly, the forest can be protected through the income generated,” Khea says. “When I imagine this, it makes me appreciate what I have done.”

Despite many success stories like Khea’s, there are still fewer than 1,000 community forests or community-protected areas in Cambodia. Their total area of about 700,000 hectares is just 35 percent of the target that the government aims to achieve by 2029.

As Cambodia scales up adoption of community-led approaches to forest management, many challenges remain. They include weak implementation of laws, the poor quality of forest land allocated to communities and unequal access to opportunities to benefit from forests.

RECOFTC’s Special Report offers clarity on how communities, practitioners and government officials can continue to bridge policy and practice to ensure that community forestry and community-protected areas rise to their potential.